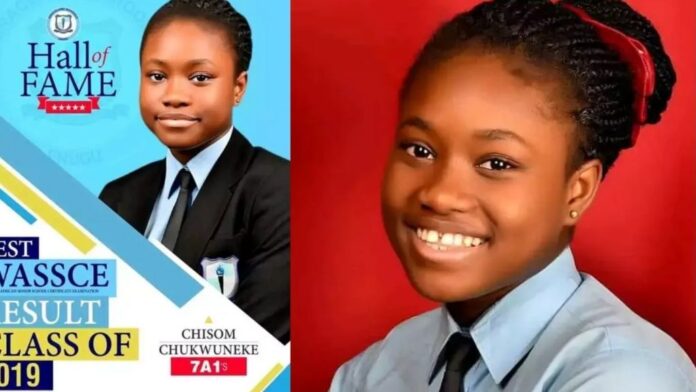 Lovers of a brilliant performance in education in Nigeria were heartbroken hearing the sudden death of a 17-years-old girl, Chisom Chukuneke, who made 9As in her West African Senior School Certificate Examination.

She also emerged as the best student from her school, Graceland college in Enugu and was inducted into the school’s hall of fame in 2019.

The father of the girl, Professor Felix Chukwuneke took to Facebook to mourn her loss. He revealed that Chisom lost her life following an undisclosed sickness which started off as a leg pain but became severe over the year.

He also said that the deceased parents flew her out of the country to South Africa for treatment in other to save her life but unfortunately, she didn’t survive the sickness.