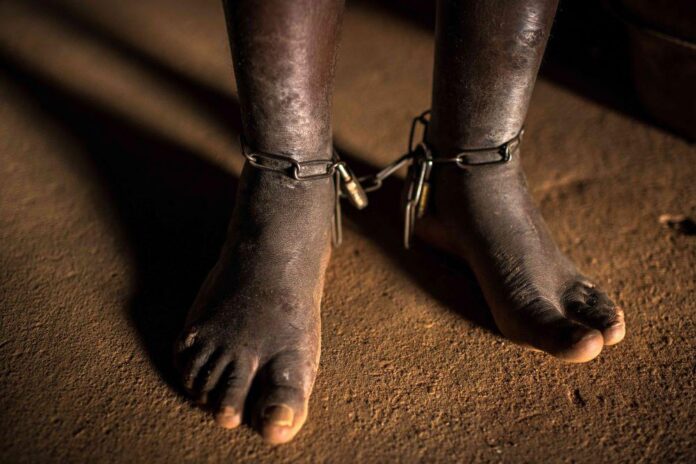 An underage physically challenged girl locked up in a house by her parents for five years, has been rescued by Osun State government.

The girl, Opeyemi Olatoke who is now 20 years old was locked up with the consent of the mother. According to the father, Prophet Samson Olatoke, founder of C & S, Ileri Ayo parish in Ikirun, the young girl was locked up due to her health issues.

According to the state Commissioner for Women and Children Affairs, Mrs Bukola Olaboopo, the ministry busted the building based on a tip-off from a Non-Governmental Organisation in the state. In a statement by the commissioner’s media aide, Oyedele Kehinde, the father of the girl, Prophet Olatoke, disclosed that they decided to lock her up due to her health issue, while her mother explained: “I did not give birth to Opeyemi with a disability, it all started when she was four years old, that day she shouted from her sleep and that was how she became lame.”

“The wicked act was reported at the Ministry of Women, Children and Affairs, by an NGO, Value Female Network, in the state and the ministry swiftly swung into action to rescue the victim. As I speak, the girl is emaciated has been taken for medical attention and the bills would be footed by the state government.

“The state government is determined to protect the vulnerable and the less privileged. I urge parents to take good care of their children and anyone found maltreating their wards will be dealt with according to the laws of the state.” She added.

The commissioner said Opeyemi’s father and brother have been arrested by the police for further investigation.

In the World Health Organization’s Disability Report, about 15 percent of Nigeria’s population, or at least 25 million people, have a disability. Many of them face a number of human rights abuses including stigma, discrimination, violence, and lack of access to healthcare, housing, and education.