READ ALSO: Child Rights: No right is more important than the other

Dr.Saawuan Tarnongu, the Commissioner for Education during the commissioning noted that, Education is the engine room for the socio-economic development of any nation which cannot be toyed with. He added that schools neede essential learning facilities such as classroom structures, furniture, instructional materials, ICT equipment and many others; to enable children acquire appropriate skills and knowledge to efficiently function in the society.

“It is important to note that, the successful implementation of the projects will justify Government’s huge investment in the UBE programme and attract more opportunities”. 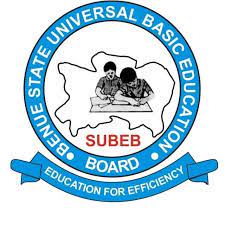 “Predicted on this background, Governor Samuel Ortom’s government since inception in 2015 has consistently put in efforts which have accounted for the transformation of basic education schools today.

The Commissioner who cautioned the contractors who would emerge successfully in the bidding process to adhere strictly to laid down specifications in the execution of the contracts sounded that the government would not hesitate to deal decisively with any contractor that failed to execute the contract to a logical conclusion.

On her part, the acting Director General, Benue State Public Procurement Commission, Mrs. Joy Sule who disclosed that the state government had adopted the Open Contracting Principles to check any form of corruption practices commended Benue SUBEB for ensuring transparency in the discharge of its responsibilities.