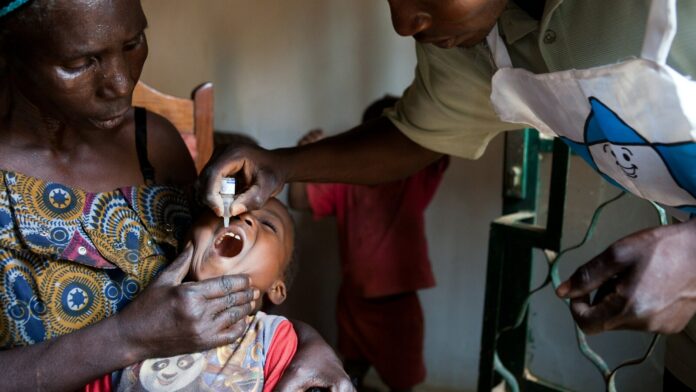 The news that Nigeria is now a Polio-free country is what every country that has battled polio before would celebrate.

On August 25, 2020 the country was announced officially polio-free. Nigeria waited with bated breath for the past four years when the last poliovirus case was recorded in Borno state, North-east Nigeria.

For the battle to be won, billions of dollars were spent with a series of efforts by the international partners and Nigerian government.

Now that the battle is won, it is expected that all hands must be on deck for the country to maintain the status.

According to nigeriahealthwatch.com, the following will help Nigeria at the moment:

Don’t soften on the pedals

The efforts put in place and alliances built must be sustained and strengthened. One factor ultimately got Nigeria to its polio free status — the aggressive vaccination of children under the age of five with the oral polio vaccine.

Throughout the country, all year-round, routine and supplementary immunization activities took place to ensure that no child was left behind from being vaccinated. The tempo was particularly high in Nigeria’s northern states, where apprehension toward immunization at the turn of the century was prevalent.

Over the last few years, Volunteer Community Mobilisers (VCMs) acquired skills, especially in social mobilisation and demand creation. These skills could now be leveraged upon to address other health challenges in Nigeria.

To deliver vaccination at the doorstep of every household, memoranda of understanding (MOUs) were signed between various state governments and international partners, thousands of volunteer mobilisers and vaccinators were engaged and trained, and vaccine logistics systems were overhauled in several states in the country.

Now that the country is officially polio-free, the efforts put in place and alliances built must be sustained and strengthened. All routine and supplemental immunization activities should continue.

The improved vaccine logistics system should be maintained and where necessary, strengthened.

All volunteers engaged should be retained and leveraged to maintain a highly effective workforce.

Equally, relationships built with traditional and religious leaders should be sustained. They should continue to be carried along.

In addition, federal and state governments should gradually begin to take full ownership of the immunization value chain, from vaccine procurement down to administration.

As it stands, majority of immunisation costs in the country is currently being shouldered by development partners. Nigeria must begin to look inwards and take responsibility for its healthcare as donor funds will surely dwindle at some point.

One factor that ultimately got Nigeria to its polio free status is the aggressive vaccination of children under the age of five with the oral polio vaccine.

As stated above, community volunteers formed a huge part of the successes against polio. Over the last few years, the volunteers acquired skills, especially in social mobilisation and demand creation. These skills could now be leveraged to address other health challenges in Nigeria. Chief among those challenges are maternal and child mortality, and child malnutrition.

According to UNICEF, Nigeria’s maternal mortality ratio is 917 maternal deaths per 100 000 live births, one of the highest in the world, and about 120 out of 1000 children in the country do not reach their fifth birthday, mainly due to childhood killer diseases such as malaria and diarrhea. Also, close to two million children in the country are malnourished, altering their ability to reach their full potential in life.

Major progress in all these issues could be achieved if structures, including networks of community volunteers, could be used in communities to purposefully create awareness and demand creation for antenatal and postnatal services, personal, household and community hygiene, and preparing the right kind of nourishing food from local sources, especially for children.

Nigeria achieved polio-free status on 18th June, 2020 and was officially declared free of the disease on 25th August 2020.

Primary Health Care (PHC) is the bedrock of any health care system. It should be the first port of call for millions of Nigerians seeking health care, especially in rural communities. For women of childbearing age in rural communities, having a functional primary health centre in their domains makes pregnancy journey easier, and makes delivery less risky. For young children, it means having a place to be taken to when they are ill with malaria or cholera, or where their mothers can access useful health tips on what nutritious food to prepare for them.

Primary Health Centers (PHCs) also should lead preventive services. These include carrying out community outreaches to provide sensitisation and awareness on basic hygiene and nutrition among others. Where there are functional PHCs, their workers carry out periodic outreaches into hard to reach communities to vaccinate children, perform basic health checks and provide deworming medicines.

In several communities where Volunteer Community Mobilisers (VCMs) operate, they are also usually under the coordination of the PHCs in their domain. Having standard, well-staffed and equipped PHCs across the country will complement the entire health system and speed up progress in tackling health challenges.

In Nigeria, PHCs are under the purview of Local Government Areas (LGAs), the third of the three tiers of government. However, in the last few decades, state governments have come into the operation and maintenance of the facilities.

To achieve progress, existing policies targeted at primary health care such as the Primary Health Care Under One Roof (PHCUOR), Saving One Million Lives (SOML) and the Basic Healthcare Provision Fund (BHCPF) should be fully implemented across the country. There should be strong partnership and sense of responsibility between the three tiers of government in this regard.

Nigeria’s polio free status is a product of hard work, resilience and collaboration. If the country can apply these to other challenges, the day might just come when we will celebrate a malaria free, malnutrition free, maternal and infant mortality free Nigeria. That is a day worth fighting for.