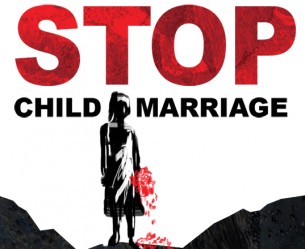 Child marriage has been revealed as one of the worst and deadliest forms of sexual and gender-based violence against girls. In the recent Save the Children Global girlhood Report, every year, millions are forced into wedlock with men who are often much older, robbing them of an opportunity to keep learning, be children, and in many cases, to survive.

According to Inger Ashing, CEO of Save the Children International, said: “Child marriage is one of the worst and deadliest forms of sexual and gender-based violence against girls. Every year, millions are forced into wedlock with men who are often much older, robbing them of an opportunity to keep learning, be children, and in many cases, to survive.

In a recent press released, Inger Ashing, CEO of Save the Children International said Childbirth is the number one killer of teenaged girls because their young bodies aren’t ready to bear children. She added that the health risks of children having children cannot, and must not, be ignored. Governments also must prioritise girls and ensure they’re protected from child marriage and premature childbirth-related deaths. This can only happen if girls have a say in the decisions that affect them.

The organisation noted that gender inequality continues to fuel child marriage, as revealed in a national report from Save the Children in Nigeria, The State of Nigerian Girls: An incisive diagnosis of child, early and forced marriage in Nigeria. According to a survey carried out by the organisation, the belief that children born to young mothers are healthier and smarter is widespread among many communities. There’s also a common perception that younger girls “refresh” older men with their “younger blood”.

In a global report released by Save the Children, Global Girlhood Report 2021: Girls’ rights in crisis, the organisation called on governments to “raise girls’ voices by supporting their right to safe and meaningful participation in all public decision-making.

“To address immediate and ongoing risks of gender-based violence, including child marriage, by putting girls’ rights and gender equality at the centre of COVID-19 and humanitarian responses, development policy, and wider efforts to build forward better.”

“To guarantee the rights of all girls, including those impacted by different forms of inequality and discrimination (including on the basis of gender, race, disability, economic background, etc.), by developing inclusive policies and programmes. Safe and ethical data collection must also be improved to better understand and respond in real time to COVID-19’s impact on existing economic, climate and conflict-related crises.”

The organisation also called on governments to ensure the safe and unrestricted participation of female humanitarian staff in all humanitarian response efforts, including needs assessments, and the design, implementation, and monitoring and evaluation of all humanitarian services at every level. Also, to join the Generation Equality movement, working to deliver on the Global Acceleration Plan for Gender Equality, which set a target to prevent nine million child marriages in five years.

According to the press release from Kunle Olawoyin, Media and Communication Manager, Save the Children, “rates are not likely to decrease today as Nigerian girls are living in one of the most difficult times. As a result of armed conflict, humanitarian crisis, kidnapping, natural disaster, displacement, COVID-19 pandemic and economic recession, the lives of millions of girls are threatened to be pushed into the basket of deprivation, including reduced access to education, nutrition, lack of protection and lack of access to basic social services, the State of Nigerian Girls Report showed.”

“More than an estimated 22,000 girls a year are dying from pregnancy and childbirth resulting from child marriage, new analysis from Save the Children released on International Day of the Girl revealed. With the highest rate of child marriage in the world, West and Central Africa accounts for nearly half (9,600) of all estimated child marriage-related deaths globally, or 26 deaths a day. The regional teenage maternal mortality rate is four times higher than anywhere else in the world.”

“South Asia sees 2,000 child marriage-related deaths every year (or six every day), followed by East Asia and the Pacific with 650 deaths (or two every day), and Latin American and the Caribbean, with 560 annual deaths (or nearly two a day).”

“Although nearly 80 million child marriages globally have been prevented in the last 25 years, progress had stalled even before the COVID-19 pandemic—which has only worsened inequalities that drive child marriage. With school closures, health services under strain or closed, and more families being pushed into poverty, women and girls face an increased risk of violence during lengthy lockdowns. A further 10 million girls are now expected to marry by 2030, leaving more girls at risk of dying.”

Save the Children International has said that Child Marriage Kills more than 60 Girls a day.