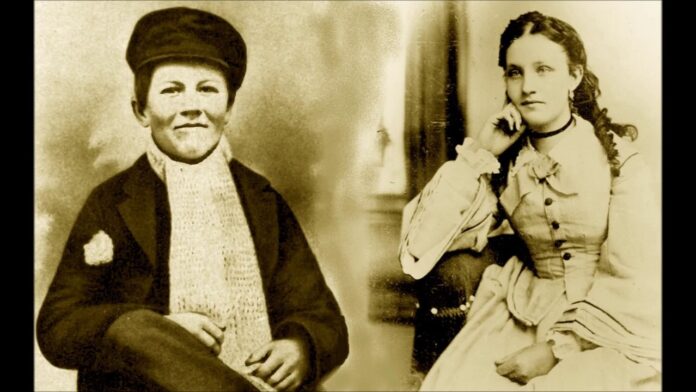 Choice of words are extremely powerful and if not careful in adversity, one can speak things into beings without intending to. Labelling your child with negative words is the worst thing you can do their self-worth and confidence.

In the story below, though Thomas Edison was a hyperactive child, prone to distraction and was deemed “difficult” by his teacher, Thomas Edison’s mother understood that negative labelling kills self-esteem.

The wisdom of Edison’s mother, Nancy Elliot Edison and her resilience still ring true to us today as she took her son as a work that God actually wanted her to do for him at that time without surrendering to the negative and destiny killing words from the teacher. She built genius out of her son who labelled mentally ill.

How Nigeria can maintain its Polio-free status

Thomas Edison was an American inventor who is considered one of America’s leading businessmen and innovators. Edison rose from humble beginnings to work as an inventor of major technology, including the first commercially viable incandescent light bulb. He is credited today for helping to build America’s economy during the Industrial Revolution.

To every parent facing one challenge or the other on their children, take it as God given assignment, you will laugh best.

THE STORY (copied from a social media platform)

The “Idiot” and His Mother

One day a mentally troubled child came home and gave a letter to his mother.

“My teacher gave this letter to me and told me to only give it to my mother.”

Reading through the letter, the mother could not believe her eyes.
Gradually her eyes filled with tears.

“Mum is there a problem?

Did I do something wrong in school”
The boy asked.

With a shaky voice, the mother slowly began to read the contents of the letter to her son.

“Your son is a genius. This school is too small for him and doesn’t have enough good teachers to train him. Please teach him yourself.”

The boy was dumbfounded.

The next morning, Nancy Edison pulled her son out of the school and from that day, began to teach him diligently at home.

Many years later, Thomas Edison had grown into the most prolific inventor of his time.

He had invented the electric light bulb, the first electric generator, the first record player (called the phonograph then), submarine radar, a cinema, and about one thousand other inventions that helped to usher-in the modern age.

He was celebrated world-wide as the father of invention.

Meanwhile his mother had passed away quietly.

One day he was going through her closet and found the letter which was given to him by his teacher for his mother.

He remembered it was the same letter that made his mother pull him out of school and undertake many years of home schooling.

So he opened it.
The message written on the letter was,

“Your son is mentally ill. We can not let him attend our school anymore. He is expelled.”

Thomas Edison then realized what his mother did, which probably saved his life and future.

For several hours he sat motionless with tears streaming down his face.

Finally, he gathered enough strength and wrote in his diary,

“Thomas Alva Edison was a mentally ill child whose mother turned him into the genius of the century.”

To all caregivers out there, be careful with your choice of words. A single word can make or destroy that child’s future.