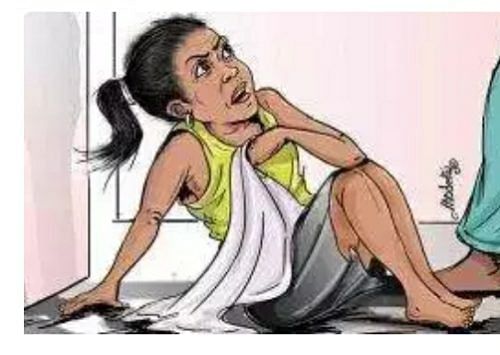 According to a mandates reporter who is a member of the victim’s family, the incident happened on Friday, 28th August 2020.

“She told us that she was going to see her mother around 6pm. So, while coming back from the Trailer Park in Eleme, the okada rider increased the speed of the motorcycle on the expressway.

“He suddenly stopped and parked the bike, entered one road and told her he wanted to defecate. When my niece protested, he threatened her with a knife and raped her.” he narrated.

He explained that a security guard, who heard a scream, came out and saw the victim crying by the side of the road and decided to take her to a youth leader in the community.

Speaking with the newsmen, he said the okada rider was later arrested by the police following a manhunt for him.

The spokesman for the state police command, Mr Nnamdi Omoni, said he had not been briefed about the incident, but promised to call the Divisional Police Officer in the Tai Local Government Area to make necessary inquiries.

The Child Rights Act adopted by Nigeria in 2003 requires that the well-being of every child be respected and considered paramount and provides that anyone who has sexual intercourse with a child is liable to imprisonment for life upon conviction.