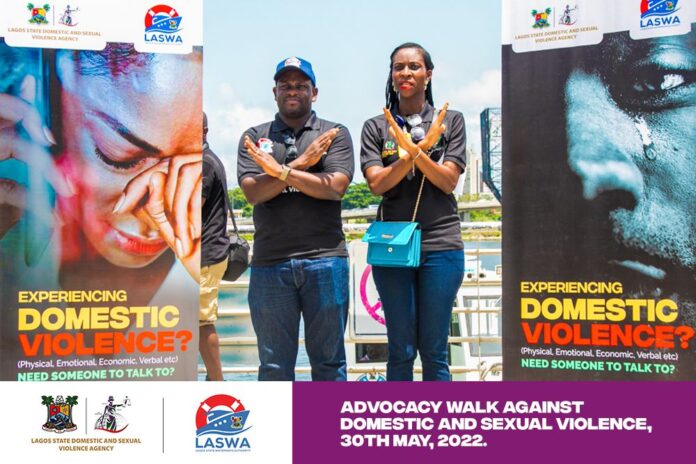 The Lagos State Domestic and Sexual Violence Agency, DSVA, in collaboration with Lagos State Waterways Authority, LASWA commenced an awareness campaign for those in the riverine areas on the government zero tolerance to all forms of Sexual and gender-based violence, SGBV.

The awareness campaign kicked off with a walk against domestic and sexual violence on the 30th of May, 2022 as it saw officials of DSVA and LASWA walk from Military Hospital, Lagos to Falomo sensitizing the public on  the dangers of SGBV.

During the walk, the Executive Secretary of the Lagos State Domestic and Sexual Violence Agency, Mrs Titilola Vivour-Adeniyi urged residents of Lagos State to see themselves as Mandated Reporters who have a duty to say and do something when they see something.

On his part, the General Manager of Lagos State Waterways Authority, Mr Oluwadamilola Emmanuel, appealed to all participants to spread the message across and become ambassadors against Domestic and sexual violence in Lagos State.

The LASWA GM further emphasized the importance of inter-agency collaboration, explaining that a large number of Lagos residents make use of LASWA jetties and terminals daily, hence the reason for the joint sensitization between LASWA and DSVA. 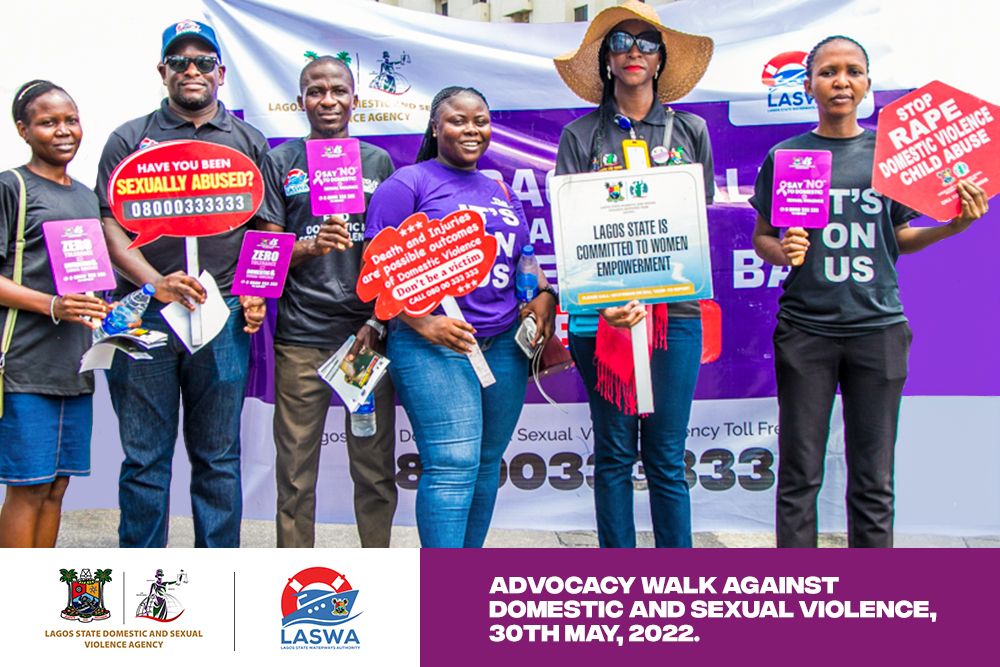 In furtherance of the awareness campaign, fliers, posters and other informative materials would be placed at all the ferry terminals including, Apapa ( Liverpool terminal), Ikorodu Baiyeku, Ikorodu, Badore – Tarzan terminal Ebutte Erro, Ijegun, Ebutte Ojo and Falomo- 5 cowries. There will also be ongoing sensitisation exercises which will involve engaging members of the respective communities.

DSVA has continued to call on anyone experiencing any form of abuse to speak up and call its toll free line;08000-333-333.

Recalled that over 90 convictions of sexual offenses was secured in 2019 alone. The Lagos State Government in a communique recently noted that such inhumane acts would not be tolerated, stressing that it will continue to ensure that the full arm of the law is unleashed on any offender.

The Child Rights Act adopted by Nigeria in 2003 requires that the well-being of every child be respected and considered paramount and provides that anyone who has sexual intercourse with a child is liable to imprisonment for life upon conviction.