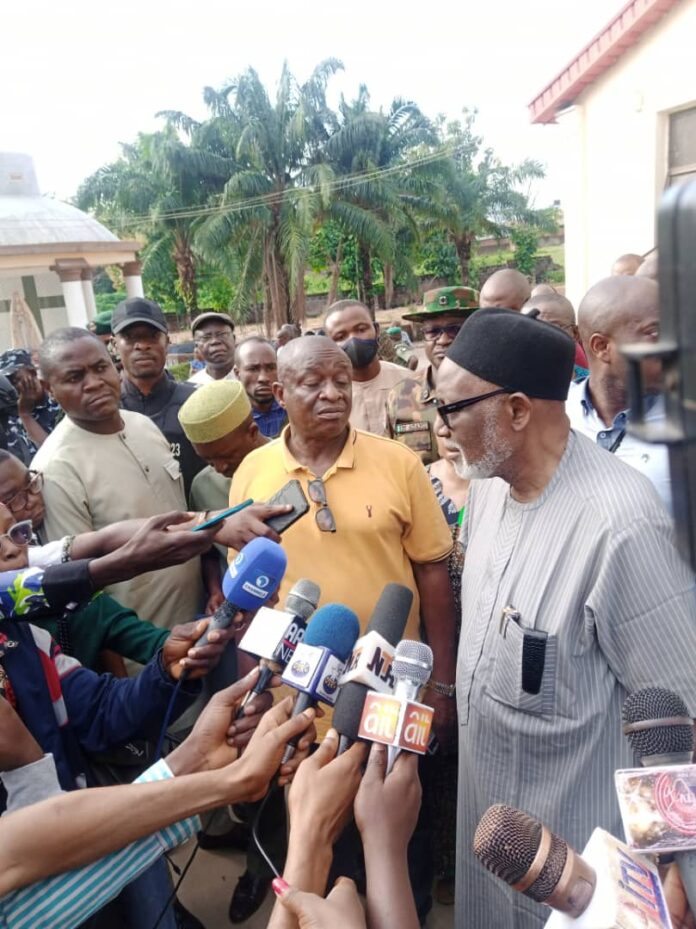 Governor Akeredolu has directed that all public buildings, facilities and official residences to fly the Nigerian flag at half -mast for seven days in honour of the victims of the Owo terror attack on Sunday.

Akeredolu said the attack on innocent worshipers at St Francis Catholic Church, Owa-luwa Street,Owo was a deliberate and calculated assault on the people of the state. This was contained in a statement by his Chief Press Secretary, Richard Olatunde in Akure the state capital.

READ ALSO: Life can not owe any man

The statement: ”Those who unleashed this unprovoked terror attack on our people have tested our collective resolves. We will not be deterred in responding appropriately to this dastardly act.

“In honour of the victims of this unfortunate attack, i hereby direct that all flags be flown at half-mast for seven days, starting from today, Monday, June 6, to Sunday, June 12, 2022. It is a collective loss to the people of our dear state.” 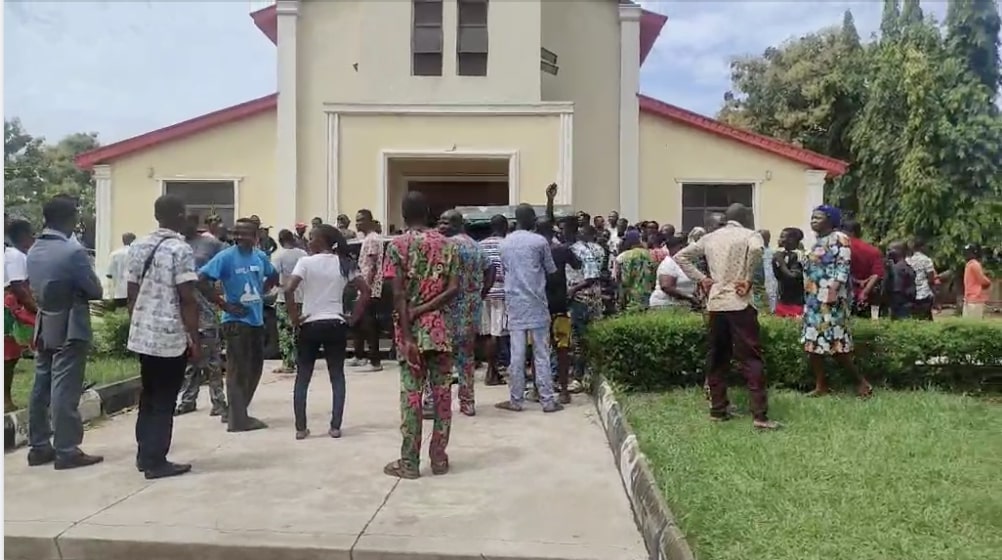 The State Police command has also ordered forensic investigation into the attack to ascertain the actual or remote cause(s) of the attack and for immediate arrest of the assailants.

According to the spokesperson of the command, Funmi Odunlami, all hands are on deck to forestall any similar attack in any part of the state

The statement reads “Sunday 5th June, 2022 at about 11:30am, while the Church service was ongoing, some armed men invaded the church and attacked members of the church, where some lives were lost and some sustained varying degrees of injuries.

“Preliminary investigation revealed that the assailants approached the church during the service, started shooting from outside the church while others numbering about 4 (four) shot directly into the church.

The Commissioner of Police while commiserating with the Church, family of the deceased, the People of Owo and Ondo State Government, has also ordered immediate deployment of armed and specialised policemen to the area to restore normalcy and fortify the entire community.

Recall that over 50 worshippers at St Francis Catholic Church, Owa-luwa Street in Owo, Ondo State were murdered by yet to be identified gunmen on Sunday.