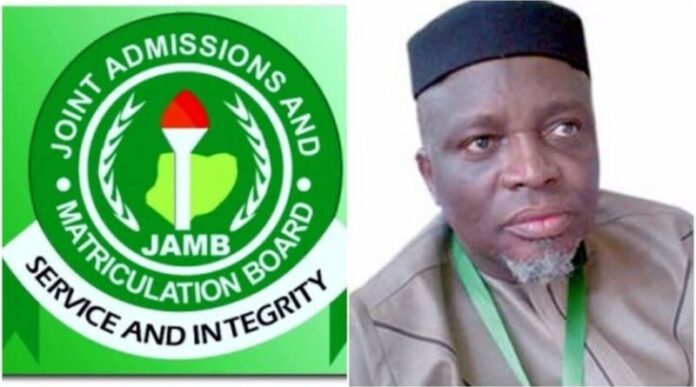 Details of 10 candidates who scored 340 marks and above was released by the Joint Admissions and Matriculation Board (JAMB) on Tuesday.

The details of the candidates was made know by the examination body’s registrar, Is-haq Oloyede, during his presentation at the 2021 admission policy meeting held virtually and  attended by relevant education stakeholders including heads of tertiary institutions, admission officers and registrars.

According to Mr Oloyede, Monwuba Chibuzor Chibuikem, a male, with registration number, 10054281ID, from Lagos State, and who sat the examination in the state, topped the chart with a score of 358 out of the possible 400 marks.

Master Chibuikem was closely followed by the duo of Qomarudeen Abdulwasiu Alabi and Adeogun Kehinde Oreoluwa both rank second with their 350 marks. 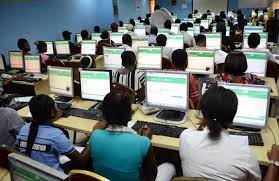 Master Alabi, an indigene of Osun State, with registration number, 10115691FG, sat the examination in his state of origin.

On his part, Master Oreoluwa, also a male, with registration number, 10109964GI, is an indigene of Ogun State who sat his examination in the state.

The fourth best candidate on the list is Ajayi Eberechukwu Isaiah, a male, with registration number 10067858JC, scored 349. He hails from Lagos and sat the examination in Lagos.

Okarike Favour Kenneth, the first female on the list, with registration number 10088418AH, who hails from Rivers State and sat the examination in the state, scored 348 to take the fifth slot on the chart.

Ajeigbe Moyinoluwa Samuel, with registration number 10151081AE, male, hails from Ekiti State. He sat the examination in Kwara State and scored 346, and is ranked 9th on the log.

Yakubu Abdulraheem Joshua with registration number 10050994FA, male, from Edo State, sat the examination in the same state and scored 343 to take the 10th slot.

Meanwhile, the details as released by the JAMB registrar, have revealed that five of the best candidates chose to attend Covenant University, Ota, Ogun State.

The university, which is founded by the presiding bishop of a mega church in Nigeria, living faith church worldwide, otherwise known as winners chapel, David Oyedepo.

Apart from the best performing candidate, Master Chibuikem, four others, masters Victor, Oluwatimilehin and Samuel, and the only female on the list, Miss Favour, all chose Covenant University.

On his part, master Alabi who came second on the list, chose Obafemi Awolowo University (OAU), Ile-Ife, while Master Oreoluwa chose to attend the University of Lagos.

Meanwhile, all the 10 candidates have chosen to study engineering and science courses.

While only one chose to study Mathematics and another decided to study computer science, all the remaining eight candidates opted to study engineering courses, including electrical and electronic, mechatronics, chemical, mechanical and computer engineering.

Recalled the JAMB Registrar, Professor Is-haq Oloyede said in July after the result was released that the future of our country depends on how far we can go to improve on the standard of education and that the uproar on the exaggerated poor performance of candidates who sat for the 2021 UTME was misplaced.