Vice President Osinbajo has blamed the states and local government for the rise in the number of out-of-school children in the country.

Osinbajo spoke in Abuja on Tuesday while declaring open a two-day national dialogue on girls with the theme ‘Towards a Girl-Friendly Nigeria’ organised by the African Child Policy Forum (ACPF) in collaboration with Women Arise for Change Initiative and the Africa-Wide Movement for Children, that most of the problems associated with Nigeria’s education sector are the responsibilities of state governments.

READ AlSO: Over 13.2million out-of-school children is a time bomb for Nigeria….HDI

“We run a federal system and questions of education, medical care are essential state matters. Primary education is state and local government matter. The federal government has only about 100 schools of the hundreds of thousands of schools. 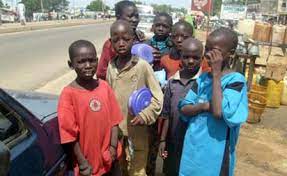 He urged states yet to domesticate the Child Rights Act and the Violence Against Persons (Prohibition) Act to do so.

Osinbajo identified social and cultural prejudices as some of the critical problems militating against the girl child in Nigeria.

The Minister of Women Affairs, Pauline Tallen, said the girl child in Nigeria still faced a lot of challenges such as early marriage, rape and other forms of child abuse.

“There’s no day I do not receive such reports not only in Abuja but also all over the country,” she said.

Recalled also that the Chief Education of UNICEF, Terry Durnier once said the world would not help Nigeria solve the problem if it did not solve it by itself but should take on the challenge of reducing the number.