There is a saying that, whoever plants the seed of corruption, will surely eat out of it and if not by him, his children and children’s children will surely partake of it.

This is why everyone, especially the politicians, should be careful of the seed of corruption they are sowing and also exposing to the younger ones. The world is now in technology gadgets.

A Chinese proverb says, ” one generation plants the tree; another gets the shade”. What type of trees are you planting for the younger ones to get shades from?

In all you do, remember, children are watching!

About four years ago, while introducing Newspaper in Education (NIE) to some schools in Lagos State, I asked the students in a particular school a question, “What do you like to become in the future?” A young boy of about 13 years answered and said,  ”I want to be a politician”. Guessed what his reason was? He said he wanted to be rich. “Wow! Other professions can make you rich if you focus on your studies”. I told him and tried to inspire him on what and what to do right and what not to do to become rich but he didn’t bulge. He said he already chose Arts subjects to be able to focus on his career, Political Science.

To the little boy, being a politician is the most lucrative career especially when they have seen politicians displayed wealth, seen how they built gigantic houses in choice places, sent their children to universities abroad and read how much politicians in the House of Assembly and the Senate earn in a country where many states cannot still afford to pay N18000 minimum wage. In fact, the recent investigation of billions of Naira missing at NDDC and other government agencies further worsened the situation.

What does this tell our politicians out there? Tomorrow leaders are watching and are already dancing to the tune of your drum.

It makes one sick seeing many supposed role models that the younger ones are looking up to, being dragged on the floor because of corruption. 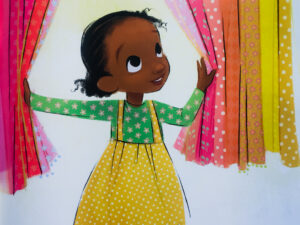 No wonder counselors now counsel our younger ones to let God be their role model; of course, God is . What are the politicians displaying openly to the younger ones looking up to them? In spite of the re-introduction of Civic subject in schools to ensure that societal values are restored in our society, it seems not working with the way politicians are displaying lack of Africa values to the upcoming ones. Corruption should not replace Africa values. Africa values are our identity.

The dangerous aspect of the trend now is that, leadership in this country is tagged, “Turn by Turn Leadership, TTL”. This means somebody will be there and embezzle money as much as he or she can and others working under him will not say anything but will also wait for their turn to embezzle. Where is the fear of God? With this type of behaviour, the poor will continue to remain poor while the rich will continue to be rich.

No wonder during the last World Mental Health Day, statistics showed that 64 million out of 180 million Nigerians are going through mental illness because everything that would cause mental illness is on the increase, hopelessness and fear of unknown and, insecurity is on the increase. The truth is, if the analysis was further categorized, politicians would have made more than 50% of the statistics.

Propaganda is all over the place and children are watching. Information gets to children through so many means and this cause pressure in upcoming ones.

To our great future leaders, don’t worry about what you are seeing and hearing now. If our leaders refuse to show a good example of leadership, your weapon to correct it is not in anything, but to face your studies as you know that no illiterate can take that position of leadership again in this country. There is no excuse for failure if you know you want to be the agent of change in Nigeria.

Corruption should not replace values. Desist from the trend of getting money quick through 419 fraud. You are not Yahoo Boys! It is not Africa identity!