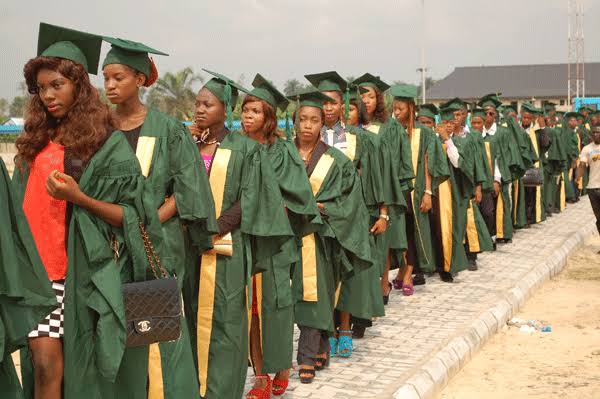 Vice Chancellor of Abia State University Uturu, Professor Onyemachi Ogbulu, has read riot act on cultism, indecent dressing and examination malpractices as the institution matriculated 5,258 students.
Speaking at the university’s 40th matriculation ceremony Friday at Uturu, Professor Ugbulu said that the Management had zero tolerance for indiscipline, and other vices.
Read Also: Storytelling is the most powerful vehicle to define our world
The VC advised the students to focus on their academic pursuit and shun behaviours capable of landing them into trouble, while also warned them in the riot act that the Management would not hesitate to expel any student indulging in indecent acts.
Assuring students and their parents that security had been beefed up around the university, the VC commended Gov. Okezie Ikpeazu for his numerous supports towards to the institution.
kiddiesafricanews.com