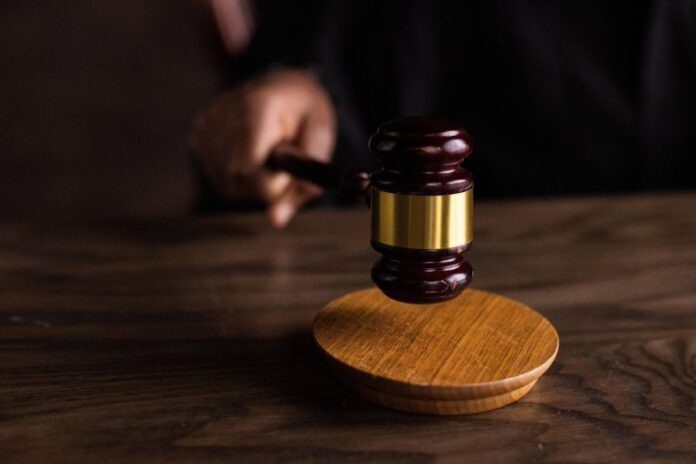 A mother of five, Chinyere Zainab Raman has been sentenced  to 10 years imprisonment by the Lagos Federal High Court for engaging in human trafficking and promoting prostitution.

Justice Abimbola Awogboro, who presided over the court passed the verdict on the mother of five, after pronouncing her guilty of charges of promoting the prostitution and exploitation and trafficking one Chioma Osademen, to Libya for prostitution.

Recalled that the woman, was brought before the court in 2019, by the operatives of the National Agency for the Prohibition of Trafficking in Persons (NAPTIP).

She was accused of buying the victim, Chioma Osademon, for the sum of 300, 000 Linya dinars (D300,000) from one Cameroonian (said to be Large), for the purpose of subjecting her to exploitation and prostitution.

She was arrested on February 22, 2019, at the Muritala Mohammed International Airport, Lagos, when she returned from Libya.

Upon her arrest, she taken to charged to on a two count-charge of engaging in human trafficking and promoting prostitution.

The offences which contravened sections 18 and 21 of the Trafficking In Persons (Prohibition) Enforcement and Administrative Act, 2015 and punishable under the same section of the Act.
She denied the allegations and pleaded not guilty to the charges.

Following her not guilty plea, the prosecution opened it’s case against her and called witnesses and tendered several exhibits. While the convict was the only person testified in her defence.

Delivering judgment on the charges on Friday, Justice Awogboro, held that the prosecution has successfully proved the two counts charge against the convict, beyond every reasonable doubt.

Justice Awogboro consequently sentenced the mother of 5 to five years on each of the counts.

Justice Awogboro however, ordered that the jail terms should run concurrently and to commence from February 22, 2019, when the convict was arrested.