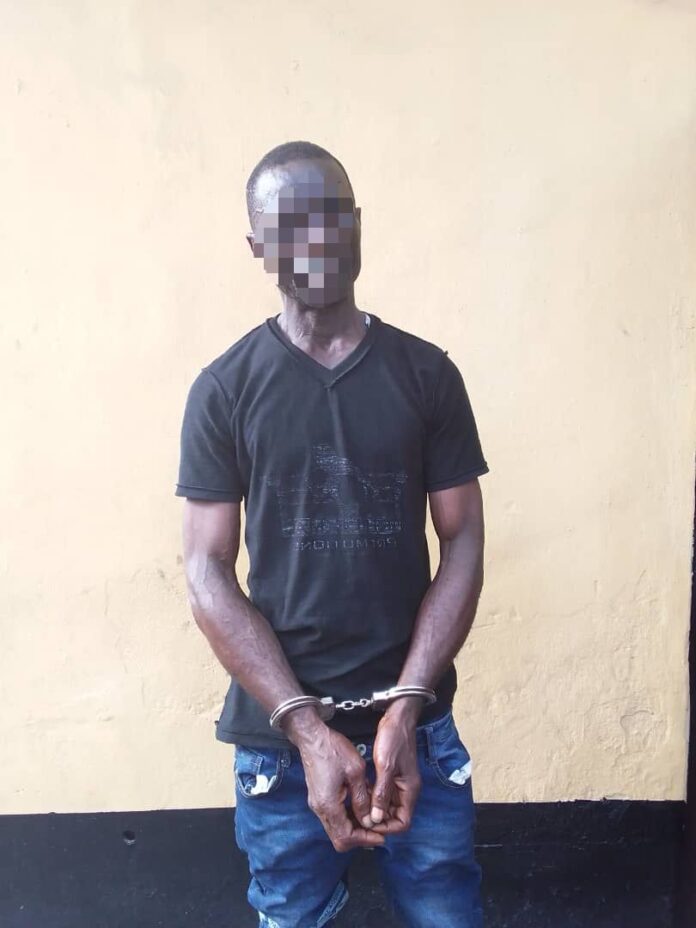 The victims, one Toheeb ‘m’ aged 16, Isaac ‘m’ aged 16, Chukwuma ‘m’ aged 16 and Idowu ‘m’ aged 18 (surnames withheld) were on October 9, 2022 discovered in an isolated place within the National Stadium, Surulere by the Chief Security Officer of the stadium who was on routine patrol and then alerted the police.

Their parents when contacted confirmed that the boys had been missing since the early hours of October 29, 2022.

The Commissioner of Police, CP Abiodun Alabi, fdc enjoins Nigerians to be vigilant and report any suspicious happening to security agencies.

The PRO of Lagos State police command, SP Benjamin Hundeyin confirmed the arrest on his verified Twitter page and also said suspect will be arraigned at the conclusion of ongoing investigation.

Parenting in this generation needs extra efforts and dedication to safeguard children and teenagers from evil perpetrators who now lure and abduct them for finacial gain.