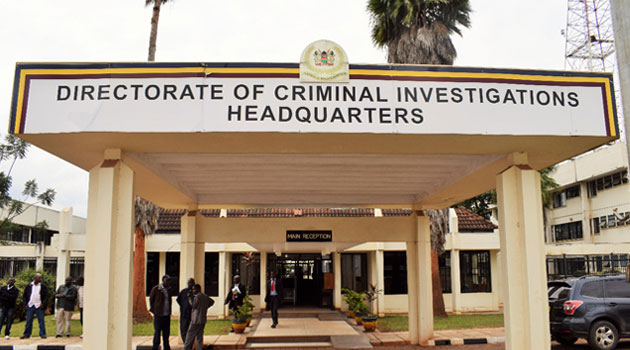 Three Nigerians linked to the disappearance of a 15-year-old girl were arrested in Nairobi’s Ruaka Monday as the search intensified.

According to report, the three were arrested by detectives from the Directorate of Criminal Investigations (DCI) after parents of the schoolgirl reported that she had been missing from their Ruaka home for several days.

READ ALSO: Why your faithfulness is required in the New Year

The Directorate of Criminal Investigations (DCI in a statement posted on Twitter, Morah Stanley Apple, Boniface Nnamdi Nkachukwulu and Godwin Ovoepeke all Nigerian Nationals were arrested at Courtyard apartment, within Ruaka township.

DCI boss George Kinoti said “The minor’s distraught parents have been looking for their daughter in vain, only to realize that she had on various occasions been lured to the apartment where the three men reside.”

Neighbours also reported that they saw the minor in the company of the three on diverse dates during the festive season.

Also arrested is a 20-year-old Kenyan said to be an accomplice.

“Detectives are still looking for the minor, who was not in the house at the time the arrests were made,” said the DCI in a statement.

There has been an upsurge of cases of school children disappearing since March when learning institutions were closed due to the COVID-19 pandemic.