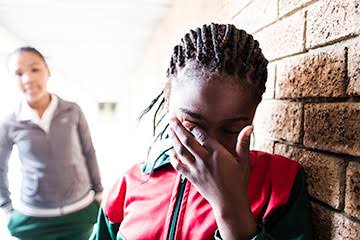 A bully is not a hero. He is a person who purposely tries to hurt others. A bully lacks character which is usually developed from home when such child is not cautioned early.

Bullying is not a reflection of the victim’s character, but rather a sign of the bully’s lack of character.

It takes small minds to make fun of people based on their frailties.

When a new pupil comes into your class looking weird, what is your response?

Are you nice and kind? Or Do you laugh and make fun of the pupil?

Sometime ago, Mark Zuckerberg was admitted into a new school, on his first day in class, he dressed with his shirt upsidedown.

Nigeria ranks number one in under five deaths

Of course the students laughed at him and made jest of him.

Mr Tin, another student in his class walked up to him after class and told him that he wore his shirt wrongly.

Mr Mark was very happy and they became friends.

Today, Mark Elliot Zuckerberg and his friend Tin are Billionaires.

You may not be friends with everyone but you sure can be nice to everyone. You do not know who becomes what in the future, so be nice. Don’t be a bully