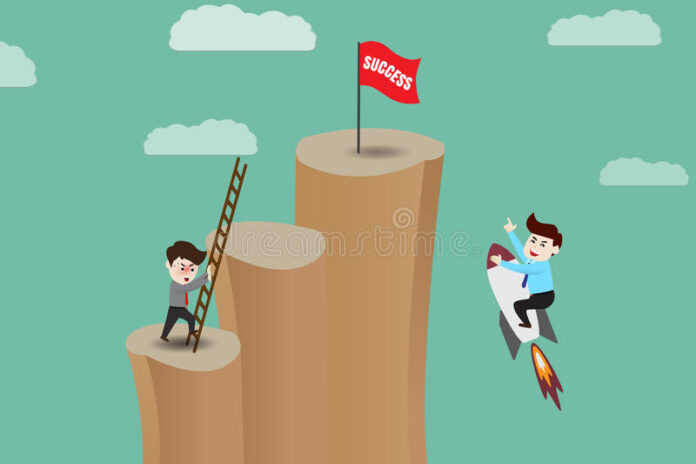 There are many shortcuts to failure, but there are no shortcuts to true success and to any place worth going in the New Year. Those who spend the most effort in search of shortcuts are often the most disappointed and the least successful.

Everything in life is a process which every man must go through. When a child is born, he does not become adult the same day. He goes through different processes in the womb before he becomes human being. When he is born, he goes through process of carrying him for three to four months before sitting. From sitting to crawling, to standing and then walking. After that, he can start running.

A child that starts running at 3 months does not make the mother proud, rather he brings a big concern to them as a strange being. In fact, such a child will be locked inside to avoid questions in this part of the world. It shows that the shortcut by the child has turned to nightmare.

Michelle Obama in one of her quotes said, success doesn’t count unless you earn it fair and square. Success does not happen overnight it is the result of continuance endurance and hard work. People who have tasted success will like to taste it again and again. Success is a combination of thoughts, words and actions. Luck has no role to play in success except the mercy of God. But I can tell you that God is a God of justice. He shows mercy on your paths and not when you jump process. The simplest route to success is to do what’s right the right way at the right time. 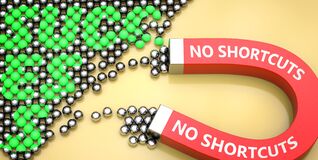 Champions in a race know there are no shortcuts to the top. They climb the mountain one step at a time. They have no use for helicopters. So do not be so desperate to pursue money as the first step in life. What you need now is to build values. The values you build will produce for you in future. Integrity, patient, trustworthy, education, morals, contentment, tenacity etc.

Indeed, most of the scandals especially corruption and misbehavior that have seemed endemic to modern life involve shortcuts. People that don’t wait to build integrity, morals, contentment are the problem of the world.

You can dream but passion and persistence are what matter. Dreams are achievable and you can make your fantasy come true through determination and hard work but the mercy of God and the values you build with keep you there.

It brought to mind that old story about the Tortoise and the Hare. Do you remember it?

The Tortoise and the Hare

A long time ago there was a hare who wouldn’t stop teasing a tortoise for his slowness. “I’m the fastest runner in the woods and you are the slowest one! We should compete!” he jeered.

One day the tortoise, tired of the hare showing off, agreed to have a running competition. “You may be fast, but I am persistent”, he said.

The next day the tortoise and the hare stood at the start, ready for the race. “One, two, three, go”, said the hare and they started running.

The hare was a long way in front of the tortoise when he saw a field of cabbages. He looked back and almost couldn’t see the tortoise. “Take your time!” he shouted to the tortoise, “I’ll have a snack here and still I’ll win the race!”

When he had finished his breakfast, the hare looked around to see how far the tortoise had got. He still hadn’t passed halfway! Feeling sleepy after his snack, the hare thought to himself, “I will have a quick snooze now and when I wake up I will quickly run past the finish line.”

He fell into a deep sleep and dreamed of winning the competition. Time passed and the sun was already setting when the hare woke up. He jumped and looked around to see the tortoise a few steps from the finish line.

The hare rushed towards the finish line as fast as he could, but the tortoise was already crossing it, winning the competition. “You don’t always have to be the fastest to win”, the tortoise told the hare, who was sobbing in disgrace.

Slow and steady wins a race. The moral of the story is that we have to be patient. If we rush full speed ahead like the Hare did, we could potentially cause ourselves more problems. Wait, believe in yourself and build values to your life.

Life is a circle, be wary of what you sow in the new year

Father sentenced to life imprisonment for defiling his 4 years old...