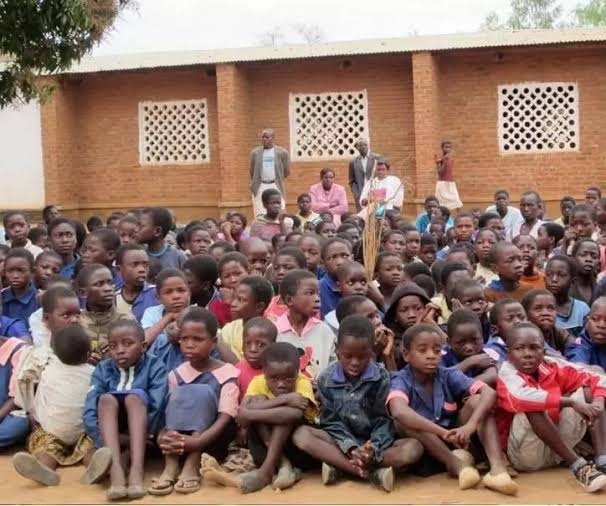 Activities of bandits has produced not less than 44,000 orphans in Zamfara State, northern Nigeria.

It was gathered that the orphans’ parents were killed by bandits that besieged the state for years.

However, the activities of the bandits was said to have turned 22,000 women to widows with 11000 men killed.

A report by a northern group, Area Youth Forum confirmed the developments.

Alhaji Gambo Ibrahim Gujungu, the National President of AYF, explained that the aftermath of the killings was an estimated conservative figure of forty-four thousand (44,000) orphans at an average of four (4) children to a deceased person.
He advised the government to swing into action to end the killings.

“It’s worrisome that the present situation of incessant and barbaric killings, maimings, kidnapping for ransom, rape, cattle rustling and wanton destruction of property and economic livelihood assets by devilish forces of evil and bloodthirsty insurgents has reached an unimaginable and horrendous proportion in a region which was hitherto peaceful and calm, called Northern Nigeria.”

“In fact, hardly a day passes without such incidents occurring.
Of great disturbance equally, is the fact that the lives of Nigerians in towns and villages within the zone are now completely at the mercy of armed marauding bandits, wreaking havoc at will which is negatively affecting the socio-economic activities of locals, in spite of the intervention of security agencies.”

“Therefore, in view of this state of affairs and pursuant to Arewa Youth Forum’s Conflict Mitigation and Peace Building (CMPB) Project, we undertook deep and holistic research aimed at finding out the root causes of the persistent security challenge, with a view of finding a lasting and sustainable solution. ”

“It is worthy to note that in terms of frequency and the alarming casualty ratio, Zamfara State is ahead of many states in the Country that experiences security challenges, but alas, receives less prominence in terms of attention from mainstream media in terms of objective clarion call reporting, and most importantly, Federal Government’s attention based on recognition and intervention.”

“Therefore, to complement the ongoing process of security operations across-board, there is a need, for an urgent and strategic solution, which is to target one of the key breeding grounds of banditry in the North-West, Zamfara State, and give it the required attention it deserves.

“The orphaned children, due to their dire situation of pain, trauma, depression, lack of care, hunger, abject poverty-stricken life, the helplessness of their widowed mothers to fill the gaps as created by an unforeseen situation left by their deceased fathers, lack of compassion from society from whom they expect succour and compassion but feel ignored, will undoubtedly, become easy prey and willing tools in the hands of criminal elements that pay them a pittance and recruit them.”
“Unfortunately, due to their huge number, these recruited orphans that become bandits due to hopelessness in life, have added to the number of these marauding criminal elements. Hence, Banditry has now spread into neighboring States with whom Zamfara State share borders, namely, Sokoto, Katsina, Kaduna, Niger, Kebbi, and now, Nasarawa State.”

“We must therefore realise, in view of the reasons adduced above that their number is vastly growing by the day. Hence, we are indeed sitting on a Volcano of Humanitarian and security challenges brewing and about to erupt with a looming consequence. God forbid! The time to act is Now!”

“Consequently, based on the benefit of hindsight, we recall a visionary, sincere and sustainable solution aimed at tackling this challenge in Zamfara State; and this is the motion, which was sponsored by Senator Kabiru Marafa for the creation of an intervention fund of N10b in the 2019 Budget for the victims of Zamfara crisis, which the Nigeria Senate approved. Unfortunately, the fund is yet to be released.”

“Also, another critical part of the motion was the fact that the Federal Government was urged to set up an ad-hoc committee to be known as the Presidential Initiative of Zamfara State (PIZAMS), which seeks to cater for the humanitarian crisis in the area.
“The N10bn is intended to among other things, assist in the resettlement of the IDP’s and other persons affected by the activities of armed banditry, cater for their needs, provide shelter, water, basic education, health care (especially the wounded, children and rape victims) and others.”
“It is in this regard that the Arewa Youth Forum ( AYF ) fervently urge President Muhammad Buhari to, as a matter of strategic national interest to expedite the setting up of the Presidential Initiative on Zamfara State (PIZAMS), which should have a ten-year life span to manage the said fund and subsequent allocations and donations.”

“Also, and most critical, we call on the Senate, especially those from Zamfara to make sure that the approved N10b fund becomes a reality, and it’s made available for, it is in our collective national self-interest to fast track the implementation of what the fund is set to achieve.”