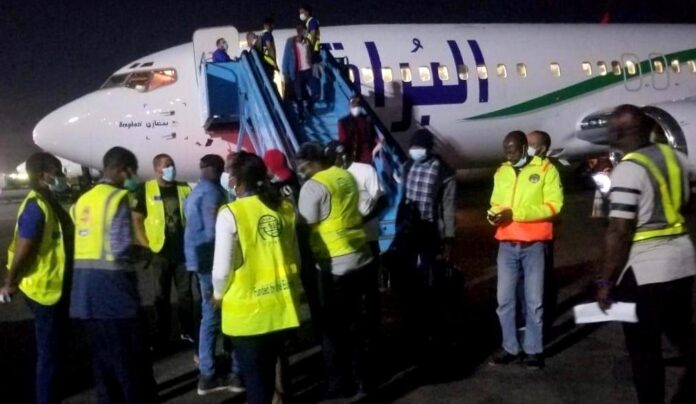 A batch of 137 stranded Nigerians including children and an infant, on Monday, arrived from Libya.

They arrived at about 5.15pm, through the Cargo Wing of Murtala Muhammad International Airport, Lagos.

The stranded Nigerians were received by the officials of Lagos State Emergency Management Agency, NEMA.

This came in less than two weeks after a batch of126 stranded Nigerians returned home from Libya on October 12, 2022.

According to him, thr breakdown of the Returnees aboard the Al Buraq Air Boeing 737-800 with registration number 5A-DMG indicates that 52 female adults and one female infants were returned to the country.

Others were 76 adult males, four male children and two male infants which brought the total number of the Returnees to 137.

This increases the total figure of Libya Returnees to Nigeria at 263 in less then two weeks.

If Victory could get 19 American Scholarships, You too can!