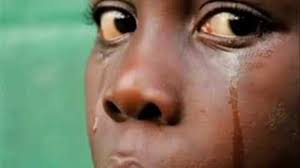 A 15-year-old house maid, that was impregnated by a rapist has been trapped in Lagos University Teaching Hospital after giving birth.

KiddiesAfrica gathered that the teenage mothered delayed in the hospital over her inability to pay N53,000 balance of her delivery fee.

Sources said the 15 year old girl was said to have been taken to the hospital by a woman, popularly known as Iya Kamoru, whom she lived with as a maid in the Mushin area of Lagos.

It was also learnt that Fatima’s N151,000 medical bills was reduced to N53000 which she couldn’t offset.

The hospital was also hesitant to discharge her and the baby because she did not want to return to Iya Kamoru’s house.

Fatima’s journey began when she was brought from Cotonou, Benin Republic to do housemaid work in Lagos.

A worker at the hospital, aid the girl moved from one place to another until she ended up at Mushin where she was defiled by an unidentified man at night.

The worker said, “The girl said her mother is dead and that she was brought to Lagos as a housemaid from Cotonou.

She ran away from her master and the woman (Iya Kamoru) saw her wandering around.

She took her in and was helping her to hawk sachet water.

“According to her, she was outside with the woman one day when she slept off on a bench.
The woman left her and went inside. While she was asleep, someone covered her mouth and raped her. It was dark and she could not identify the person. It was three months later that she realised she was pregnant.
“She was brought to the hospital in October by the woman.
Thursday made it one month that she gave birth.
The woman could not pay her medical bill which is about N150,000.
The hospital has waved it and she is only required to pay for feeding which is about N53,000.
Apart from this, the girl has nowhere to go. She said she did not want to return to the woman’s house.”
The Coordinator, Advocates for Children and Vulnerable Persons Network, Mr Ebenezer Omejalile, said the organisation had met with the welfare unit of the hospital to seek help for Fatima.
He urged the Lagos State Health Service Commission, and the state’s Ministry of Youth and Social Development to come to Fatima’s aid pending when she would be reunited with her family.