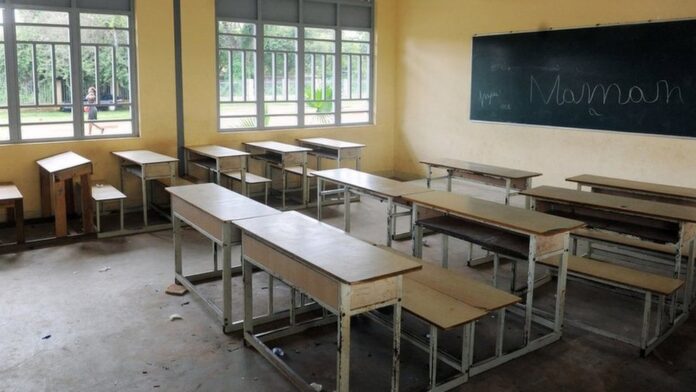 Governor Rotimi Akeredolu of Ondo state has directed school closure in the state.

This followed the ENDSARS protest that has taken over the activities in the state in the last few days.

In a statement by Ondo state Commissioner for Education, Science and Technology, Femi Agagu in Akure, the governor ordered schools in the state to comply immediately.

“Mr Governor has directed that all schools that resumed on Monday 19th October 2020 are closed for the meantime from tomorrow 21st October 2020 because of the engulfing nationwide protest and the need to ensure the safety of our students and staff.

“Parents and the public are to note this directive and all schools are to comply.

“Any inconvenience is regretted, while the State Government would ensure the resumption of our schools as soon as possible.

Meanwhile, both commercial and business activities were completely grounded in Akure, the state capital.

motorists had a hectic time navigating through streets while some residents opted to trek to their destinations.

All major roads were blocked by the youths who turned the roads and streets to the football pitch and dancing arena as they set up music instruments while the female protesters cook foods on the roads.

Osinbajo blames states, Local govt for the rise in the number of out-of-school children