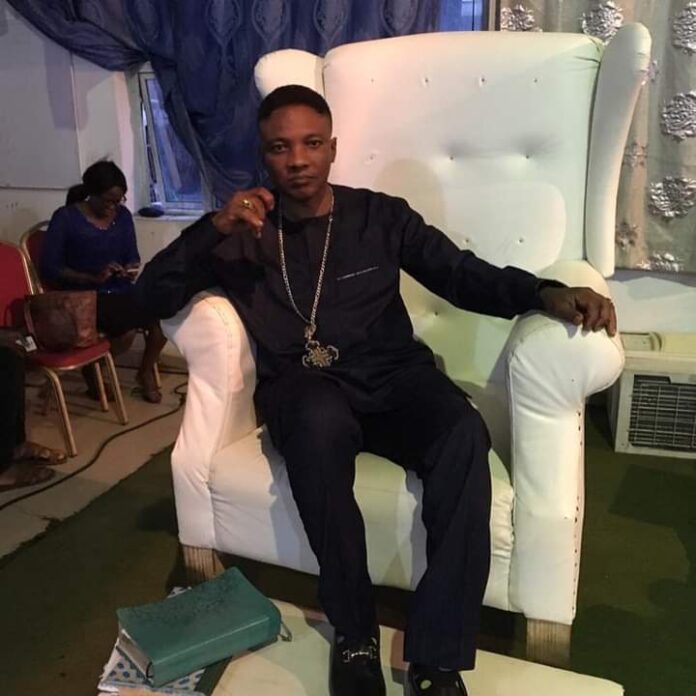 Bishop Stephanos Enofe who was arrested a few days ago for defiling and marrying a teenager in Lagos has revealed the men behind his act.

The self acclaimed Bishop who is cooling off at the custody of Lagos Police Stage Criminal Investigation Department, Panti, Yaba, said the kingsmen of the survivor’s both in Lagos and Anambra States approved the marriage.

He also claimed to have had carnal knowledge of the 15-year-old teenager in his apartment.

Meanwhile, two church members who spoke on the matter said the Bishop insisted to marry the teenager despite efforts to discourage him in the church.

He is, however, expected to face the wrath of the law after the ongoing investigation by the police.

In a report by the United Nations Children’s Fund, UNICEF, marriage before the age of 18 is a fundamental violation of human rights. Child marriage decreases a girl’s development by resulting in early pregnancy and social isolation. It interrupts her education, limiting her opportunities for career and vocational advancement, placing her at increased risk of domestic violence, and exposing her to life threatening illnesses.

The Child Rights Act adopted by Nigeria in 2003 provides that anyone who has sexual intercourse with a child is liable to imprisonment for life upon conviction.