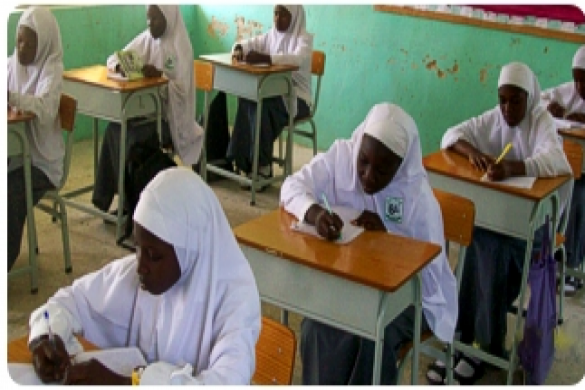 The Joint Committee of Private and Voluntary Schools Associations in Kano State has on Monday debunked what they described as a claim by Association of Private Schools Owners of Nigeria, APSON, on an agreement to reduce tuition fee by 25 per cent.

Education ministry in Kano had issued an ultimatum of November 1st deadline to the private school owners to reciprocate government gestures to cut down their school fees by 25% to cushion Covid-19 effect on parents or it cancels the third term of the 2019/2020 academic session.

According to them, they had not in any way received assistance from the government.

The group also claimed that it members had incurred N1.65billion loss to rent as a result of covid-19 lockdown.

The statement read “Over the last few days, the media has been flooded with deliberate misinformation and misrepresentation of issues concerning discount of school fees by Kano State Private Schools.

“We believe the issue of cancelling 3rd Term and that of school fees discount are two entirely separate issues, each of which should be handled differently.

“Despite the fact that there was a public holiday, we contacted the State Government to obtain clarification on the two separate issues: (a) The meaning and purpose of the cancellation of 3rd Term, and (b) the justification for a compulsory 25% discount on school fees when all sectors of the economy have increased their prices and charges. We are still awaiting their response.

“We issued an update on Friday, October 30, 2020, exclusively to our members to set the records straight, douse the tension and avoid media exchange on the issue.

“Unfortunately, the Ministry of Education, Kano State made a press release today, November 1, 2020, that “the government will not reverse back (sic) on its decision of cancelling the 3rd Term if the majority of the proprietors refuse to comply with the directives of the fees reduction.”

“As we were meeting on the issue, we were bombarded by another announcement purportedly from the Ministry, claiming that Proprietors have agreed to 25% discount of school fees.

“We note with concern, the unilateral action by representatives of APSON, who until yesterday were with us in all our meetings and decisions. However,

we wish to observe that Haj. Maryam Magaji, the National Vice President of  APSON is an employee of the government under SUBEB. In the same vein, Murtala Hussain, the State Vice-Chairman is an Assistant Director with the Kano State Private and Voluntary Institutions Board. It is therefore surprising that employees of the Ministry of Education are coming out to speak on behalf of Proprietors of Private Schools.

“Once again, for the avoidance of doubt,

(a) our members have not received any financial assistance from the State or Federal Government, (b) we have not accepted the 25% discount and our position will be communicated to the authorities by Thursday, November 5, 2020”.