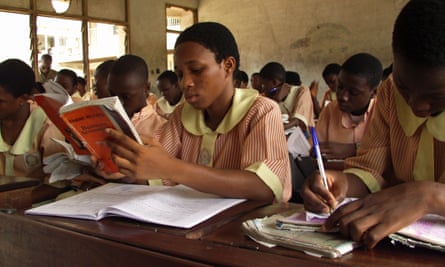 The Lagos State government has been advised to conduct a thorough assessment of schools across the state before the full resumption of activities.

The Executive Chairman of the group, Mrs Olufunso Owasanoye during the sensitization, said most of the schools are in need of adequate security to protect the teachers and students.

She added that her revelation followed her visit to several schools in the state where observed that despite the provision of Covid-19 safety materials put in place in many of the schools’ security measures are needed.

Speaking further, she lamented that many of the schools have been overtaken by hoodlums as there are no fences to protect the premises.

“In my own observation, the government should get volunteers that can go round and give them an adequate and honest report which will give them the true picture of Lagos schools to know if they are actually ready to re-open”. She added.

Speaking to the parents, Owasanoye advised them not to just accept that the government has asked the children to resume and just push them to the school. They should equip their wards with all the prevention materials and also teach them what to do to keep safe when they return from school. She charged them to educate their wards on safety measures to protect their children and also create time to prepare food and give them water to avoid their children taking other children bottles and spoons.

Sensitizing community leaders in Eti-Osa local government about their roles in the success of implementing UBE intervention Fund, she said they must own the projects in their communities and should not see those projects as government projects. If the projects are done shoddily, the adverse effect will be on their children learning. “If classrooms are built with less quality materials and you closed your eyes to it and refuse to challenge the contractor, the adverse result will not affect government official’s children but your children. You are stakeholders. Take responsibility for the safety of your children”.

“Basically, we want you to be empowered enough, even if tomorrow HDI does not get involved in doing this type of job, you will be able to monitor basic education project and ensure this project are not just delivered in the adequate quality but even in the quantity. In a school where you allocated 90 pieces of furniture, let the school get 90. Hold duty bearers to account, ask questions about what is going wrong”

On the effect of the sensitisation programmes in all the local government, HDI said the result has been impressive because the mindset of people has changed from believing project in their community belongs to the government. They now know they are stakeholders in the success of UBE intervention projects in their communities. They now send pictures and report anomalies in their communities which have also helped government to improve on so many things in Lagos State schools.

Mr Abdul Saheed, Chairman School-Based Management committee of Lagos State Model Nursery and pry School, Lekki in attendance seized the opportunity to draw the attention of the state government to the havoc rainstorm has caused the school which he said if not fix before resumption, the students will be learning under the rain.

Mr Abdul advised the government to channel their energy on the safety of the children by providing for all the safety materials to the writing materials and to also continue the school feeding project. “Previous safety equipment was provided during Ebola but as at now they have not received any material from the government except the ones parents and the school authority have provided even as we resume on Monday and we know these materials are not enough”.

Mrs Abiola Olanike Sherifat SBMC chairperson of Bonny Camp Nursery and Primary school, Victoria Island thanked the government for the different project going on in the school saying their children would resume into a very neat environment to the tiled classroom floors.

She, however, said the great challenge facing the school is lack of teachers. With a population of over 400 pupils, they have just three teaching teachers and the headteacher and parents teach in the school many times to help the children. “We would have taken teachers as Parents forum but we don’t have enough money to do that as we also pay tokens to make the environment clean. We go as far as soliciting for money for the school upkeep”.

The programme which is being supported by MacArthur Foundation gave out a published handbook on Funding Basic Education in Lagos State to each participant which contains the Lagos SUBEB 2018 Action Plan. This included total fund allocation, intervention projects which were a breakdown for every stakeholder to check and confirm if those school projects were implemented in their communities.

Children have rights to healthy living