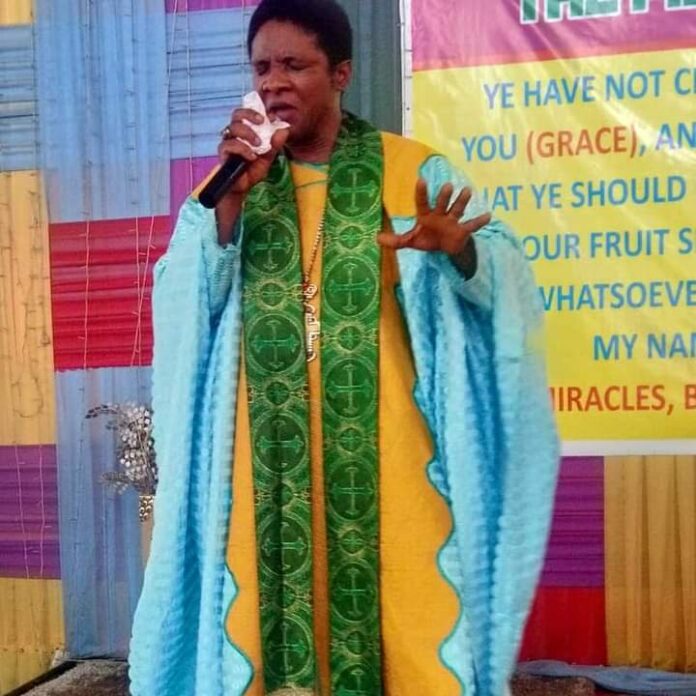 Operatives of Police in Lagos have arrested one Bishop Stephanos Enofe who engaged in child marriage by marrying a 15 year-old- teenager in Lagos.

The Bishop was arrested alongside the parents of the teenager over the illicit act.

Kiddiesafricanews had reported that Enofe allegedly asked for the teenager’s hand in marriage after his first wife had packed out of his house.

The wife was gathered to have allegedly accused him of being fetish and womanising.

It was also learned that the pastor had defiled the teenager for over two years.

“I learned that both the traditional and church wedding had taken place and the girl had moved into the man’s house to live with him.
“The little girl who is an ardent member of the cleric’s church is his second wife and this cleric went for an underage child after his first wife; mother of four children packed out of his house and had refused every reconciliatory advance for over three years”, a source hinted.

But when contacted by a member of an advocate group, Advocate for Children and Vulnerable Persons Network, on the matter, Enofe, claimed he had the right to marry the teenager since her family had agreed.

However, after his arrest, he confessed to the crime.

His arrest followed a complaint by a child right advocate group, Advocates For Children and Vulnerable Persons Network ACVPN with support from Dr. Jide Martin, the Director, Office of the Public Defender OPD, Lagos.

“Yes the command is aware of the case and the Commissioner of Police Lagos State CP Hakeem Odumosu has ordered that the matter be thoroughly investigated by the SCID Panti.
The order was hinged on the need to promote decency and due enforcement of laws to achieve adequate security for all and sundry”, he said.

Recall the United Nations Children’s Fund (UNICEF) law says marriage before the age of 18 is a fundamental violation of human rights.