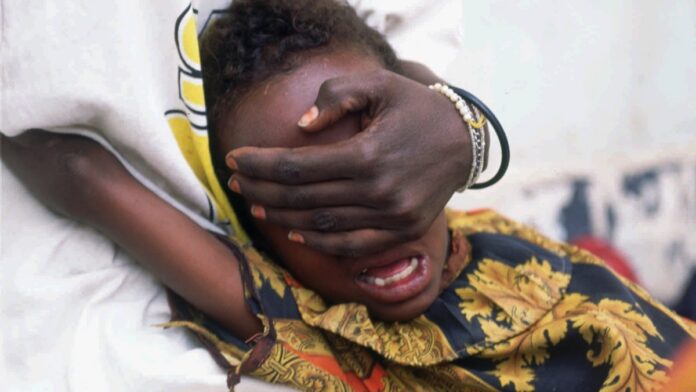 It is good news for the girls, as medicalisation of Female Genital Mutilation has been declared unethical to medical practices and should be shunned by medical personnel.

This declaration was made known by Mrs Aduke Obelawo, the focal point person of the United Nations Population Fund on female genital mutilation in Osun State at a 3-day capacity building training organised by Action Health Incorporated (AHI), in collaboration with the state’s Ministry of Health, with the support of the United Nations Population Fund (UNFPA) for health workers drawn from Ilesha West, Irepodun and Ede South local government areas.

Along the same line, AHI programme officer, Miss Abdulrasheed Nuriyat described female genital mutilation as a harmful practice which is internationally recognised as human rights violation. Nuriyat added that health workers had to be engaged to serve as advocates against the harmful practice, and to also provide services to meet the sexual and reproductive needs of women and girls who suffer from its consequences at the community level.

Addressing the participants, the Director of Public Health, Dr Gbenga Adepoju, said the rate of the practice had reduced in the state and that more efforts were required by stakeholders to ensure its eradication.

Health workers in Osun State have pledged their commitment to end female genital mutilation in the state by always protecting women and girls from such practice.

In Nigeria, data from the 2018 Nigeria Demographic and Health Survey (NDHS) shows that  20% of women age 15-49 have been circumcised. The most common type of FGM in Nigeria is Type II (some flesh removed), with 41% of women who had mutilation while undergoing the procedure. Meanwhile, 10% percent of women underwent a Type I procedure (clitoris stitched, no flesh removed) and 6% underwent a Type III procedure (also known as infibulation).

The Violence Against Persons Prohibition (VAPP) law has prescribed sanctions against persons implicated in Female Genital Mutilation and its medicalization.